The First Nations in our blood

Population genetics has been providing new insights into where we all came from, what roads we took to settle the world and how each of our many ethnic groups interacted with each other. Very little research has been carried out in Venezuela compared to Europe. Still, Venezuelan scientists have carried out some interesting studies. They confirm a lot of what historians knew but they also provide new details that could help us fill in some of the gaps in our understanding of the past.

Native Americans keeping a distinctive ethnic group are a tiny minority in Venezuela these days. I have talked a little bit about those groups here. A lot of Venezuelans have some native American background, though, even if they look very European or African or anything else. Still, little do they know about that background. We eat arepas, we eat cachapas, we use some Indian words in our Spanish (less than Bolivians, Peruvians or Mexicans, but still some like cuaima or catire) but we don't know much more about our American ancestors. As Alexander von Humboldt noted already after his 1799-1801 trip through Venezuela, most Venezuelans have lost track of their history, their European, their native American and their African history.
The historical records tell us that there were some Indian groups around the Tacarigua Lake, some others in what is now Caracas, some others in Margarita Island. We know about some of those groups have the same language and others belonging to very different groups with very different looks and customs.

Very roughly, we know a lot of the West of what is now Venezuela was populated by Arawak groups (Arawak being a very broad term, like Romance groups or Slavic groups) and a lot of the East was populated by Carib groups (also a very broad term). We also know there were isolated groups that spoke languages completely different to all the others. We still have in Venezuela about 30 languages that represent several language families, quite a lot of variety compared to what you see in Europe. The native Americans are now mostly in remote regions on the West, on the East and South. Still you see the Arawak groups more to the West, the Carib more to the East and both in the South, but there are exceptions, like Carib Yukpas in Zulia, and there are many groups that have very different languages to all the rest, like the Waraos. 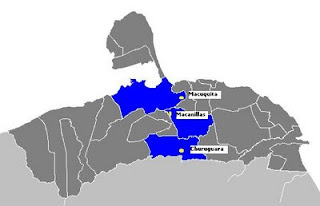 Some Venezuelan scientists presented a paper this year where they showed a first study on "Mitochondrial diversiy in Northwest Venezuela" and "Implications for Probable Prehispanic Migratory Routes".

Dinorah Castro de Guerra, Figuera Pérez, Izaguirre, Rodríguez Larralde, Guerrera Castro and other Venezuelan researchers chose 4 communities in Northwestern Venezuela: three very small towns in Northwestern state Falcón and Barquisimeto, a big city and capital of Lara (to the South of Falcón). They selected their samples from people whose grandparents were all born in the same town, signifying people who were likely to have very strong roots with the place. 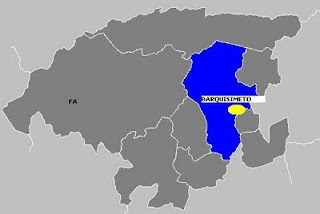 The mitochondrial DNA (mtDNA) is always inherited through the mother and the Y chromosome through the father. A certain pattern of DNA sequences in the mtDNA or Y chromosome can be used to identify a a genetic group, a haplogroup. In this case, most of the mtDNA haplogroups (refering to the mother's mother's mother's...) were of native American original, albeit there were also instances of sub-Saharan African and European groups.
This contrasts with the markers on the Y chromosomes, which show, as usual in the Americas, that Venezuelans have on the paternal side mostly European haplogroups.

There are 4 native American mtDNA haplogroups and they are known simply as A, B, C and D. H is the most typical of European populations, J is typical of Middle-East, Northern Africa and Europe, U is mostly in the Old World outside sub-Saharan Africa and L and L3 are mainly found among sub-Saharan populations and recent descendants (like slaves).

Here I plot the mtDNA haplogroup distribution for every town in this study.

Some of the things we can observe:

All this should be taken with a pinch of caution. The samples were taken from 81 persons in Barquisimeto, 25 in Macuquita, 58 in Churuguara and 29 in Macanillas.

I will continue in a future post with some proposals for future studies on Venezuelan population genetics. 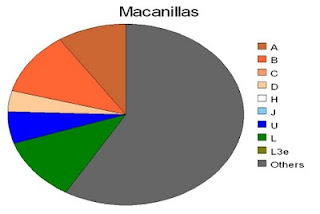 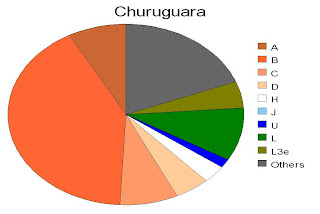 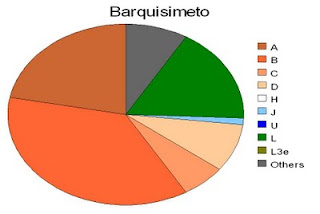